At Ace Labradors we have also been following the Bio Sensor program with our pups for years! To date I have seen few breeders take the time to give their pups this added enhancement.

Bio Sensor was a program developed by the U.S. military to improve the performance of the dogs used in their canine program. Just as infants go through a period of very rapid brain growth and development in their first year of life where having various forms of stimulus are extremely important (as sadly displayed in many children raised in institutions lacking stimulus from birth resulting in various physical, mental, and emotional disorders - most irreversible), puppies go through a similar period. Studies confirmed that the specific time in puppies where early neurological stimulation has optimum results began at the third day of life and lasts until the sixteenth. The military developed a daily 'workout' with a series of exercises designed to produce neurological stimulations that would not naturally occur during this early period of life....so that is what we do with each pup. 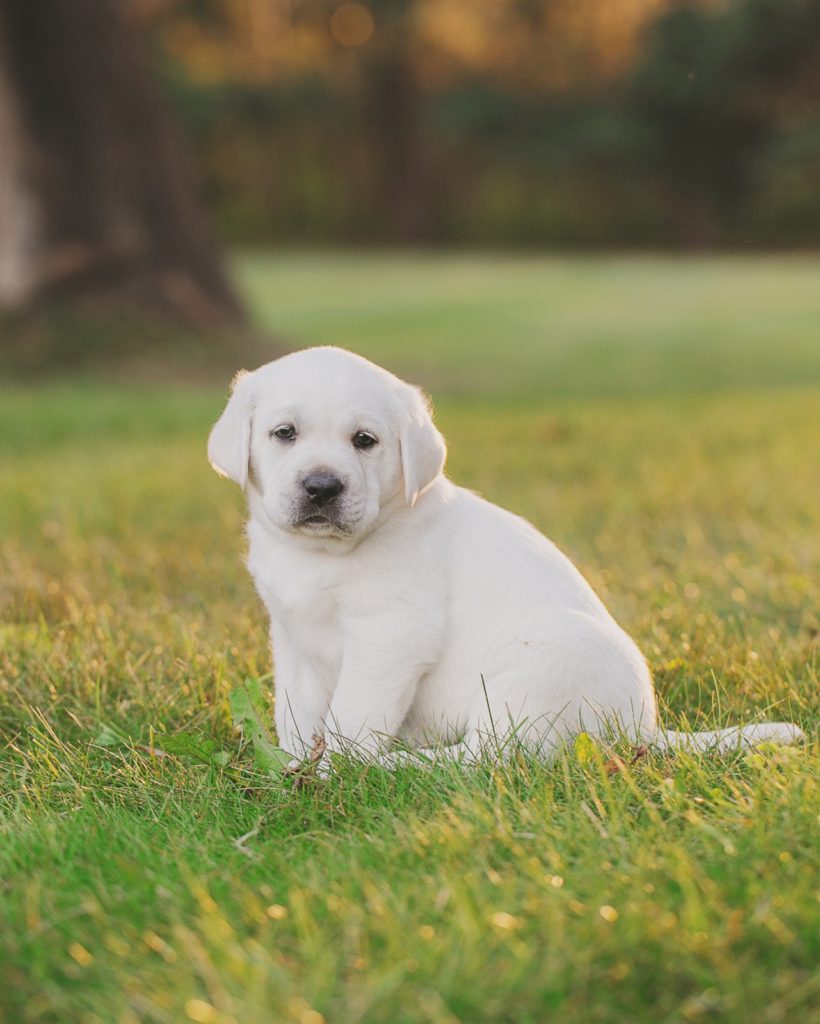 Five benefits were observed in canines that were exposed to the Bio Sensor program:

Quoting Carmen L. Battaglia, PhD of Roswell Georgia "In tests of learning, stimulated pups were found to be more active and were more exploratory than their non-stimulated littermates over which they were dominant in competitive situations. Secondary effects were also noted regarding test performance. In simple problem solving tests using detours in a maze, the non-stimulated pups became extremely aroused, whined a great deal, and made many errors. Their stimulated littermates were less disturbed or upset by test conditions and when comparisons were made, the stimulated littermates were more calm in the test environment, made fewer errors, and gave only an occasional distress when stressed."

The second stage of development in a puppy is called socialization and lasts from the fourth to the sixteenth week of age. Without proper socialization pups would typically be fearful of unfamiliar objects and generally prefer to withdraw rather than investigate.

Again quoting Ms. Battaglia, "Regular trips to the park, shopping centers and obedience and agility classes serve as good examples of enrichment activities. Chasing and retrieving a ball on the surface seems to be enriching because it provides exercise and includes rewards. While repeated attempts to retrieve a ball provide much physical activity, it should not be confused with enrichment exercises. Such playful activities should be used for exercise and play or as a reward after returning from a trip or training session. Road work and chasing balls are not substitutes for trips to the shopping mall, outings or obedience classes most of which provide many opportunities for interaction and investigation."

Researchers have found that generally genetics account for about 35% of the performance, but the remaining 65% is attributed to other influences such as training, management, and nutrition. In conclusion, I will do the best I can to provide your puppy with the best start possible in the eight weeks that it is in my care - but the rest is up to you! So put some time and energy into proper socialization and training in those early weeks, and some money into providing proper nutrition for your large-breed-rapid-growing puppy, and you will have a dog that you will be proud of for many years!

“No one appreciates the very special genius of your conversation as the dog does.” Christopher Morley